In the app store now! iPhone only.

FPS Training Zone is a trainer for First Person Shooter games. I wrote the original version several years ago when I used to play Wolfenstein ET after I got sick of getting whipped all the time. It’s quite a simple game, but quite effective I think. Let me know how you like it.

The game now also features an awesome Challenge mode. Instead of trying to shoot the one annoying target over and over again, there are now lots of different annoying targets that you have to shoot. Or not shoot, depending on the level.

Some older screenshots are shown below. Someone really needs to update them! 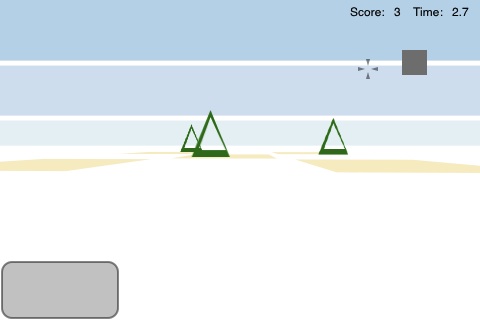 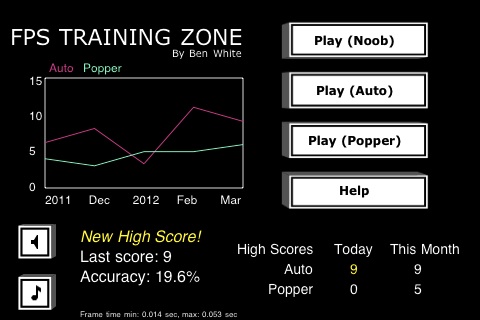 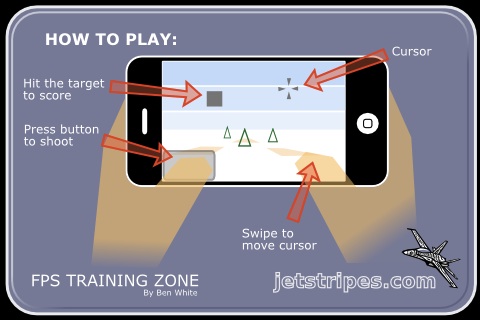