I saw an interesting animation from Penny Arcade recently on Graphics vs. Aesthetics in games. It got me thinking about the sort of aesthetics I aspire towards in my game(s), and about approaching aesthetics as an integral part of game design.

Here’s a couple of screen shots from some games on my iPhone. The first is Rolando: 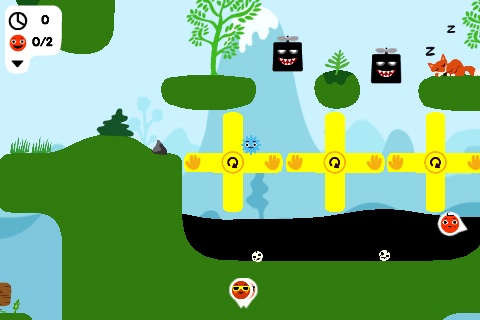 I find both games quite fun, although Rolando seems a bit more fiddly than Soosiz. The point of this post is not a review; merely to mention that while both games are visually similar, I find Soosiz far more attractive.